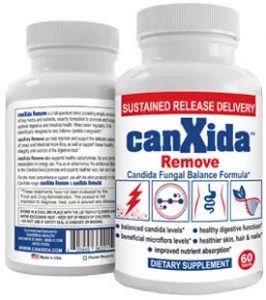 When the willpower is there, the diet is superb, and the supplements taken on a regular basis, how do we know when a candida cleanse is successful, or even that it’s truly over? Many people, myself included, find that digestion and energy have improved and better lifestyles have been discovered. There’s more than just going through a cleanse, though, and that’s maintaining the health benefits long-term and finding what you’ve ‘won’ from the experience. Here’s what to expect and look forward to after the cleanse.

Provided a decent diet is maintained, signs of yeast overgrowth should be absent. Of course this includes chronic infections, but also improved skin, a clear head, no more bloating: basically, whatever symptoms triggered you to reduce candida through a cleanse should be gone after the cleanse. My body took some time to truly feel normal again (die-off can last awhile), but once I’d gone back to a happy, and healthier, diet, the benefits became more apparent over time.

Maintaining long-term benefits means taking everything in moderation, and keeping up on supporting a healthy immune and digestive system such as continuing probiotics. Even a relapse in a healthy diet should be no cause for problematic yeast, however if signs of overgrowth continuously reemerge, the cleanse may not have been completely effective, or something in a diet may need to be reduced or avoided again.

All cleanses, successful or not, should have slow transition times for reintroducing food. Just as you shouldn’t jump into the cleanse shouldn’t without knowing the diet and tapering down on junk, neither should the end of the cleanse signal celebration by over consuming everything you couldn’t before all at once. No cake, wine, and coffee in the same meal the morning after your last cleansing day!

Reintroduce foods one at a time, over intervals of time; some people find that certain foods, like alcohol, can quickly give yeast more fuel. Even if you splurge, wait a few days between having the food again to see how your body responds. Though I reintroduced green tea, which has limited caffeine, back into my diet on day five, I did not have a cup of earl gray for nearly three weeks after my cleanse was over. I poured myself half a glass of wine about two weeks after the cleanse, and then waited at three days before having another half glass. Even healthy foods like fruits should be slowly acclimated back into your diet. There will always be surviving candida, we just want to keep their numbers within a healthy range. This idea is no different than a diet: if you starve yourself and then eat nothing but junk food, the weight comes right back. If you starve the yeast and then eat nothing but sweets, carbs, and anything to reduce your immune system while giving them food, they’ll come back with the same force.

People report craving what foods they need, not the food they want, after a good cleanse. Not only has your body adapted to eating wholesome foods like veggies, but there’s no more yeast begging you to stuff down another slice of bread or pick up that six pack of soda. I realized that I didn’t need caffeine or alcohol every day in my life, and now try to limit each intake to three times a week, max (my one exception is green tea, which contains significantly less caffeine than black tea or coffee). If I crave something sweet, I make a smoothie with frozen fruits, plain yogurt, and a little stevia if I want to dilute the tartness. Finding healthy alternatives to satisfy cravings meant I owned my diet, and as silly as some of my friends say it is, I feel more empowered with that control.

Improved mood and stress reduction are one of the top results for a cleanse. As mentioned before, stress gives yeast an ideal environment in which to flourish. Sweat it off! Within a month after my cleanse, I was breathing easier and jogging longer around trails. Epsom salt baths and saunas are another great way to relax the body so that it’s more productive in its daily functions: keeping you healthy and not the yeast.

Sleep is another important factor to maintain a restful body and healthy immune function. I struggle with getting eight hours sleep every night, let alone going to bed at the same time; my work schedule just doesn’t allow this. However I can plan around my work so that if I come home late and have to wake up early, I can take a short walk around the neighborhood, have some herbal sleep blend of tea, and just read or catch up with my night owl friends. Even if I’m not able to get eight hours, at least I’m relaxing in my awake time.

The improved lifestyle of relaxation, even over diet, was my personal best win from the yeast cleanse.